Since we implemented the Check Point solution, we have experienced no serious incidents. In the first six months of operation, we detected and mitigated over 47,000 phishing attempts and 1,000 malware attempts.
– Miguel Ángel de Miguel, Head of Infrastructure and Support, Ayesa

About Ayesa
Ayesa is a multinational Spanish company specializing in engineering, technology and consulting (ETC). Its international presence and experience has made it one of the top 100 global engineering groups. Headquartered in Seville, it has 17 permanent offices in Europe, America, Africa and Asia and a workforce of over 4,700 employees.

Migration to the cloud to improve productivity
Since its creation in 1966, Ayesa has worked extensively in engineering, technology and consulting, and has developed a significant international presence which represents almost half of its turnover. This activity required the company to adopt a digital workstation that would allow its almost 5,000 employees across the globe to increase their productivity, accelerate innovation and facilitate decision-making and project development.

Ayesa opted for the Microsoft Office 365 solution as a productivity tool, implementing it as software as a service (SaaS). Although the Microsoft solution offers integrated security measures and Ayesa has the standard protection measures used by any company aware of cybersecurity risks, including an action protocol and various awareness and training action for employees, the reality is that cybercriminals are increasingly targeting the Cloud. Check Point research shows that 90% of data breaches on SaaS applications occur from targeted attacks.

Protecting email was a priority for the Ayesa IT team. Check Point research also indicates that 50% of breaches that occur in companies using SaaS take place when attackers take control of accounts and compromise employees’ corporate credentials. “We knew we were being attacked but we didn’t know how to quantify the attacks or why they were happening,” explains Miguel Ángel de Miguel, Head of Infrastructure and Support at Ayesa. “We were aware that email is one of the attack vectors preferred by cybercriminals and that we had to improve our protection and prevention measures. We couldn’t just rely on employees to report a problem.”

360º-protection against sophisticated attacks
Ayesa contacted various market-leading providers in order to find a solution to better protect its email in the cloud. Check Point invited Ayesa to take part in a pilot test of its CloudGuard SaaS solution in a closed environment.

During the development of the proof of concept, initially intended for email, Check Point announced the release of the new version of Identity Protection for the CloudGuard SaaS suite. The new version extends the company’s protection to all cloud-based SaaS applications, including Microsoft Office 365, OneDrive and Share Point. The proof of concept could also be extended to the other solutions used by the company, something that the other suppliers did not offer.

The proof of concept showed how CloudGuard immediately detected numerous attacks of all types but what really alarmed the Ayesa team was that, after analyzing them, they could see that many of these attacks were very sophisticated and had been launched specifically against their company.

“The pilot enabled us to quantify and give feedback to management that Check Point was the right choice,” says Miguel. “The administration tool showed us how the CloudGuard solution worked, informed us of security incidents and highlighted the high volume of attacks and penetration attempts in our network, which we weren’t aware of before.”

Outstanding protection in the Cloud
CloudGuard SaaS Identity Protection offers 360-degree protection against malware and zero-day, phishing and account hacking attacks. Moreover, the solution also detects unauthorized use of SaaS applications and avoids data loss at the same time as providing instant visibility of threats. “Since we put the solution in production, we have experienced no serious incidents,” reports Miguel. “In the first six months of operation, we detected and mitigated over 47,000 phishing attempts and 1,000 malware attempts.”

The artificial intelligence engines in the Infinity architecture from CloudGuard SaaS analyze hundreds of indicators such as the metadata of the language used in order to block more attack techniques than any other solution.

“We are very satisfied with CloudGuard SaaS. We can calibrate the exposure level, we can find out detailed information about penetration attempts, data loss or technology misuse. The console monitors a wide range of elements and informs us of what it detects and how this is solved and alerts us according to our configuration,” says Miguel. “The solution provides us with very satisfactory protection and is easy to manage and configure. We do not need to dedicate resources to monitoring it or supervising it and are able to dedicate such resources to other more strategic actions.

“Clearly Check Point was the right choice,” indicates Miguel. “Its position in Gartner due to its capacity for detection and protection is crucial. The management console provides us with comprehensive and accurate information, allowing us to make the most suitable decisions.

SREI takes to the cloud with secure confidence 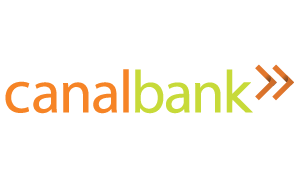 Feedback
This website uses cookies to ensure you get the best experience. Got it, Thanks! MORE INFO
Learn more on how to stay protected from the SolarWinds Sunburst attack