What Is IoT Security?

The adoption of Internet of Things (IoT) and operational technology (OT) devices has exploded in recent years. However, while networked devices can increase efficiency and visibility into an organization’s operations, they also come with significant security risks that broaden an organization’s attack surface.

Consumer IoT devices are not known for their strong security, and long-lived OT devices may not have been designed with security in mind, introducing risk when they are connected to the network. As organizations continue to incorporate these devices into their networks, they need to balance the benefits they bring against the risks that they pose to data confidentiality, integrity, and availability.

Every device deployed on the corporate network expands the organization’s digital attack surface due to possible coding flaws, access management issues, and other vulnerabilities. IoT security is essential to mitigating the risks that these devices pose to the organization. 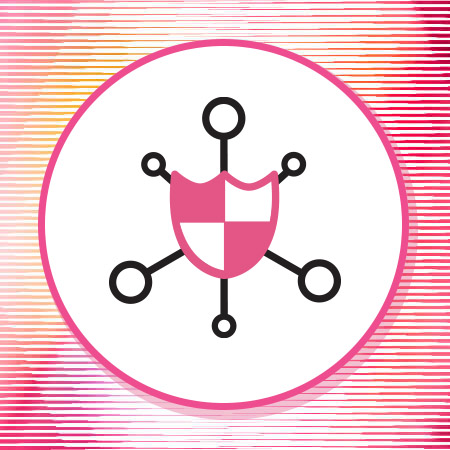 Why is IoT Security Important?

Companies are increasingly taking advantage of IoT and OT devices to improve productivity and increase visibility into their operations. As a result, growing numbers of networked devices deployed on corporate networks have access to sensitive data and critical systems.

Often, these devices have security issues that make them vulnerable to attack and place the rest of the organization at risk. For example, cyber threat actors commonly target unprotected printers, smart lighting, IP cameras, and other networked devices to gain access to an organization’s network. From there, they can move laterally through the network to access more critical devices and sensitive data and create ransomware and/or double extortion cyberattacks that can render a business’ network useless.

Securing the company against cyber threats requires securing all devices connected to the corporate network. IoT security is a vital component of a corporate cybersecurity strategy because it limits the risks posed by these insecure, networked devices.

IoT security solutions can be implemented by both device customers and manufacturers. The three types oF IoT security include:

Many organizations have deployed some form of IoT devices, meaning that they all are exposed to some IoT security risks. However, certain organizations are uniquely vulnerable to attack and should pay special attention to IoT security best practices. Some examples include:

Securing IoT devices requires securing both the devices themselves and their connections to the corporate network. Some best practices for securing networked devices include:

Patch Vulnerable Systems: Like other computers, IoT devices can have vulnerable software and firmware. Installing updates and patching vulnerabilities is essential to securing IoT and OT devices. When devices cannot be taken offline to patch them, deploy Intrusion Prevention Systems (IPS) to prevent network-based exploits.

Internet of Things and networked operational technology devices have become a critical component of many organizations’ operations and competitive advantage. However, as these devices become more embedded within a company, they pose a growing risk to the security of an organization’s data and other devices on its network.

Check Point provides solutions for both network and on-device IoT security. For more information about Check Point’s IoT Protect solutions, check out this solution brief. Then, see its capabilities for yourself by requesting a free demo.

IoT Security for Networks and Devices

What is Nano Agent Security?

What is OT Security?