What is a Firewall?

A Firewall is a network security device that monitors and filters incoming and outgoing network traffic based on an organization’s previously established security policies. At its most basic, a firewall is essentially the barrier that sits between a private internal network and the public Internet. A firewall’s main purpose is to allow non-threatening traffic in and to keep dangerous traffic out. 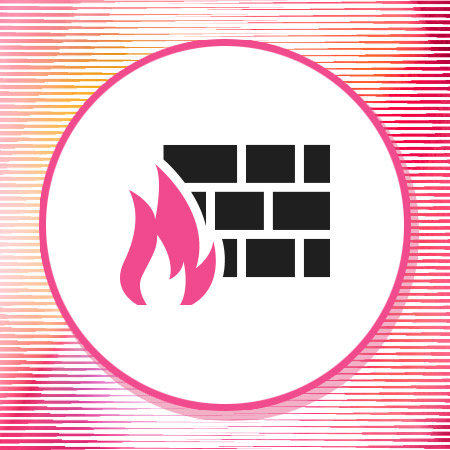 Firewalls have existed since the late 1980’s and started out as packet filters, which were networks set up to examine packets, or bytes, transferred between computers. Though packet filtering firewalls are still in use today, firewalls have come a long way as technology has developed throughout the decades.

Back in 1993, Check Point CEO Gil Shwed introduced the first stateful inspection firewall, FireWall-1. Fast forward twenty-seven years, and a firewall is still an organization’s first line of defense against cyber attacks. Today’s firewalls, including Next Generation Firewalls and Network Firewalls support a wide variety of functions and capabilities with built-in features, including:

A Firewall is a necessary part of any security architecture and takes the guesswork out of host level protections and entrusts them to your network security device. Firewalls, and especially Next Generation Firewalls, focus on blocking malware and application-layer attacks, along with an integrated intrusion prevention system (IPS), these Next Generation Firewalls can react quickly and seamlessly to detect and react to outside attacks across the whole network. They can set policies to better defend your network and carry out quick assessments to detect invasive or suspicious activity, like malware, and shut it down.

Why Do We Need Firewalls?

Firewalls, especially Next Generation Firewalls, focus on blocking malware and application-layer attacks. Along with an integrated intrusion prevention system (IPS), these Next Generation Firewalls are able to react quickly and seamlessly to detect and combat attacks across the whole network. Firewalls can act on previously set policies to better protect your network and can carry out quick assessments to detect invasive or suspicious activity, such as malware, and shut it down. By leveraging a firewall for your security infrastructure, you’re setting up your network with specific policies to allow or block incoming and outgoing traffic.

Network layer or packet filters inspect packets at a relatively low level of the TCP/IP protocol stack, not allowing packets to pass through the firewall unless they match the established rule set where the source and destination of the rule set is based upon Internet Protocol (IP) addresses and ports. Firewalls that do network layer inspection perform better than similar devices that do application layer inspection. The downside is that unwanted applications or malware can pass over allowed ports, e.g. outbound Internet traffic over web protocols HTTP and HTTPS, port 80 and 443 respectively.

The Importance of NAT and VPN

Firewalls also perform basic network level functions such as Network Address Translation (NAT) and Virtual Private Network (VPN). Network Address Translation hides or translates internal client or server IP addresses that may be in a “private address range”, as defined in RFC 1918 to a public IP address. Hiding the addresses of protected devices preserves the limited number of IPv4 addresses and is a defense against network reconnaissance since the IP address is hidden from the Internet.

Similarly, a virtual private network (VPN) extends a private network across a public network within a tunnel that is often encrypted where the contents of the packets are protected while traversing the Internet. This enables users to safely send and receive data across shared or public networks.

Next Generation Firewalls and Beyond

Next Generation Firewalls inspect packets at the application level of the TCP/IP stack and are able to identify applications such as Skype, or Facebook and enforce security policy based upon the type of application.

A Next-Generation Firewall For Any Industry

How a Firewall Works with PCs and MACs

Key Ingredients of a Strong Firewall

Why a Firewall is the First Line of Defense

What is Next Generation Firewall (NGFW)?

What is Branch Office Security?

What is Network Security?

Feedback
This website uses cookies to ensure you get the best experience. Got it, Thanks! MORE INFO
Learn more on how to stay protected from the Microsoft Exchange Hack